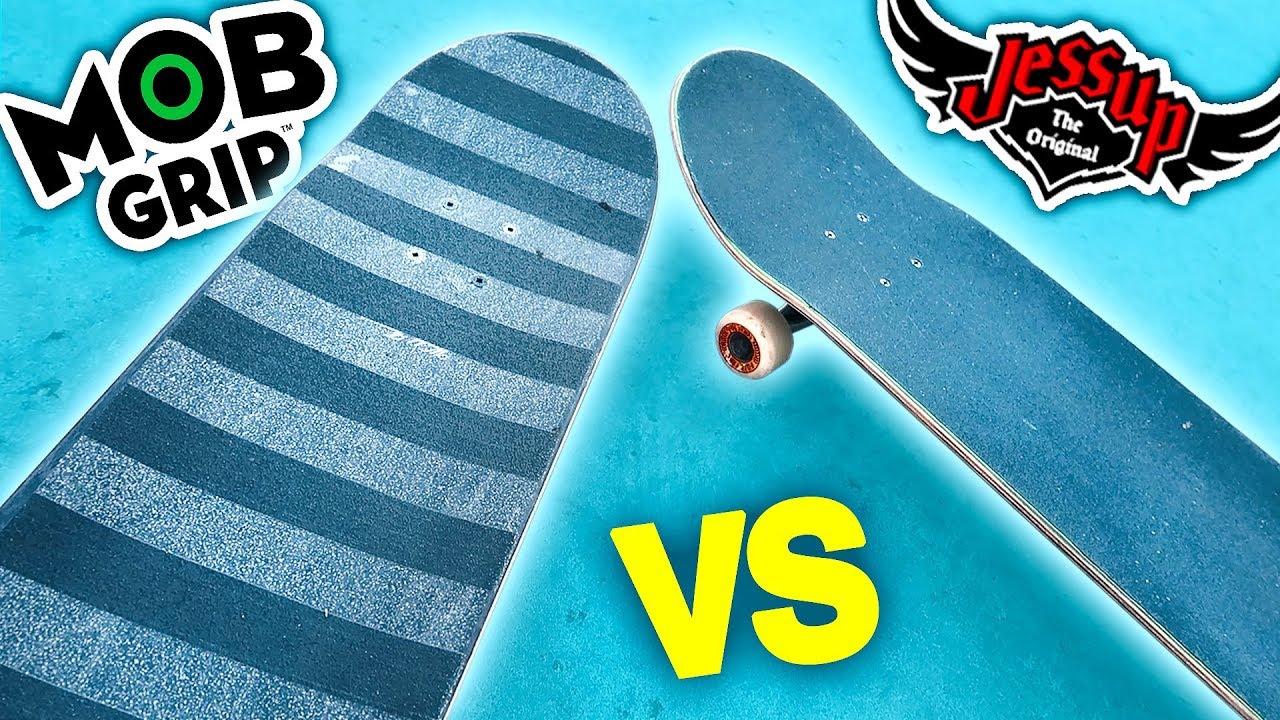 Jessup grip tape and Mob grip tape are two of the most popular and well loved skateboard grip tapes on the market. Jessup and Mob have actually formed partnerships with some of the best skateboard brands which means many brands only use their grip tape. We are constantly asked by readers on which of the two grip tapes they recommend. It can be difficult for beginners or even veteran skateboarders to know which new grip tape they should get since there are so many different brands selling grip tape. In this article we will talk about the differences between Jessup vs Mob. 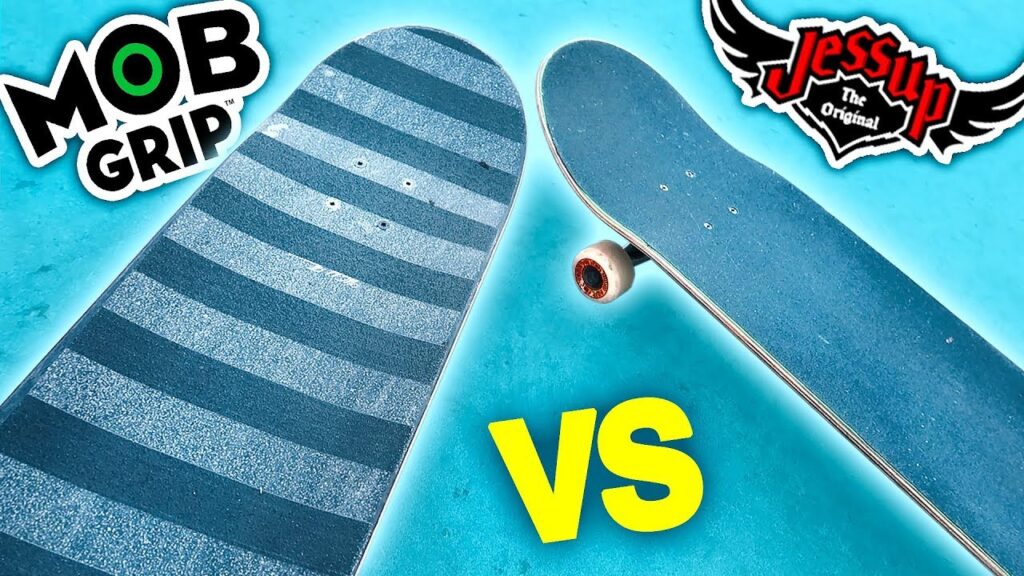 What Is Jessup Grip Tape?

Jessup griptape was one of the original skateboard grip tapes that was readily available for amateur as well as professional skaters. Jessup typically comes in large sheets of grip tape for an affordable price which means it is a great option for beginners as well as for professional skateboarders. Since there are many different skateboard sizes it can be beneficial to use Jessup compared to competing brands as Jessup will work on any size board. Jessup will also come in a large roll in case you make a mistake and need to redo your grip tape.

Jessup is easy to install and the grip tape is easy to clean because it is made out of silicon carbide. Jessup was one of the first skateboard companies to use silicon carbide in their grip tape and we have seen this new material take over the skateboarding world. This provides a rock solid connection with the skateboard deck but also provides the skater with incredibly grip. Jessup Griptape is incredibly durable and will last for a long time. We highly recommend Jessup Griptape for beginners as well as experienced skaters.

What Is Mob Grip Tape?

Mob Grip Tape is one of the most well popular skateboard grip tape brands on the market along with Jessup. Many skaters will wonder which is better between Jessup VS Mob grip tape. Mob is made out of a high strength silicon carbide grit which is known to be incredibly durable but also grippy. This means it will provide you with a superior grip that can’t be compared to other brands of grip tape. Mob is known for providing one of the best levels of grip and control on the market.

Our team has over 20 years of experience skating on Mob grip tape as well as Jessup grip tape. We are often asked by our readers which grip tape is better for them and what are differences between Mob vs Jessup. The main differences that we have seen over the past few years between Jessup and Mob is that Mob provides a higher level of grip compared to Jessup. Mob has one of the stickiest grip tapes that we have ever tested, but this can be a good or a bad thing depending on your preference.

Since Mob grip tape is so sticky, it provides high levels of control for high level skaters. But the issues come if you are a beginner and are worried about your skate shoes staying together for a long time. Sticky grip tape can provide you with great control but it will take a toll on your shoes. Extremely grippy grip tape such as Mob will damage your shoes quicker than other brands of grip tape. This means if you are on a budget then Mob might not be the best option for you.

Jessup grip tape on the other hand has a moderate level of grip but is also incredibly affordable. Jessup is a great option for beginner because they are typically sold in entire rolls so you will have plenty of extra grip tape in case you make a mistake or need to remove grip tape from multiple different skateboards.

If you are looking for a new grip tape then you can’t go wrong with either Jessup or Mob. Jessup is a great option for those on a budget or for individuals who are looking for a moderate level of grip. Mob provides a higher level of grip which is great for professional or experienced skaters. Mob grip tape does have a tendency to cause damage to your shoes so that is something to consider. If you would like more informational content about skateboards and longboards we recommend that you read our most recent blog content.